The Rural History 2023 conference continues the tradition of the previous Rural History conferences held in Bern, Girona, Leuven, Paris, Uppsala aiming to promote a scientific discussion on new research on rural history in a broad sense by bringing together researchers dealing with different regions, different periods and from different theoretical and methodological traditions.

In accordance with this, the conference is open for research on all aspects on the history of the countryside in Europe and its interaction with other parts of the world throughout time. We welcome participation from different academic subjects dealing with history, archaeology, geography, economic history, economics, sociology, ethnology, anthropology, development studies, gender studies, environmental history, historical demography, science and technology history, colonial history, global history, etc.) presenting and discussing new research and thereby contributing to expanding our knowledge on the rural history of Europe and beyond. Our conference is also a great opportunity to bring into discussion contemporary concerns regarding rurality, and to highlight ways we could contribute to the safeguarding of living heritage

This international conference seeks to discuss possible paths for the future of global history. How can the field live up to its emancipatory potential, how can its approaches and methods be pluralized, how do we address the more pressing topics of global inequality and poverty, how do we strive for a consequent decolonization, and how can a decentralized and entangled practice of global history be achieved (Mignolo, 2007; Bhambra, 2014; Grosfoguel, 2007; Epple, 2018; Adichie, 2019)? With these questions at hand, we would like to center stage the perspectives and experiences of scholars from societies that are still at the margins of global history. We therefore invite scholars, artists, and writers whose histories and epistemologies have been sidelined or excluded from debates about our global past to chart the pivots of a new global history in the plural. The aim of this conference is to discuss and promote ways toward a more open and multicentered study of global history. However, the conference is not limited to the field’s research and writing practices, but also problematizes who its (current and future) practitioners and audiences are, addressing the stark imbalance of gender, race, and class within the discipline. While the workshop does not attempt to provide final answers for a remake of the field, it offers the opportunity to suggest, reflect, and sketch new avenues for a fairer global history that includes a broader and more diverse authorship and an expansion of its methodological, narrative, and conceptual repertoire.

The call for papers for the 55th “Datini Study Week” is now open. The topic of the Week is “Social Mobility in pre-industrial societies: tendencies, causes and effects (13th-18th centuries)”. The conference will take place in 2024 (12-16 May) in the beautiful city of Prato (Italy) but, as is the tradition for the Datini Study Week, the program is defined much in advance. Paper proposals have to be submitted by November 1, 2022.

On 20-21 October 2022 the Unit for Economic History of the Department of Economy and Society of the University of Gothenburg, Sweden, will host a Frontier Research in Economics and Social History (FRESH) 2-day meeting on the theme Colonialism and natural resources.

The goal of FRESH meetings is to gather researchers to present ongoing research, with a focus on early- stage research, in an environment especially focused on constructive feedback and support.

Free wage labour is commonly presented as the focus, if not the very core, of the history of labour in Europe in the 19th and 20th centuries. Emphasis is typically placed both on the rise of free wage labour in the 19th century and on the first labour and social legislation of the late 19th century, which laid the foundations in various European nation states for the regulation of formal labour that is still in force today. We also hear much about how these legal and social models of gainful employment were consolidated throughout Europe over the course of the 20th century until they were thrown into prolonged crisis: in Western Europe in the 1970s; in Eastern Europe somewhat later. The overriding impression is thus of an era of labour formalisation and protection lasting roughly from 1870 to at least 1970. The conference aims to challenge this narrative by focusing on multiple forms and fields of informal work.

International organizations are not simply the realm of bureaucrats, diplomats and statesmen. For much of the 20th century, business actors have taken important international roles, both officially and unofficially. Recent work has shown for example that bankers and financiers took key roles in the League of Nations’ Economic and Finance Committee; the International Chamber of Commerce was established in the name of business internationalism, and as a shadow bureaucracy for intergovernmental organisations; in the second half of the 20th century, the United Nations actively sought the involvement of businessmen in the promotion and funding of its programs. The examples are many. Historians are exploring the ways in which neoliberal international actors sought to use the UN, the World Bank, and the IMF to impose visions of a new ordoglobal order in the 1970s. Through the 20th century, business actors of many kinds have seen in international organisations the means to different ends, from peace through the distribution of wealth, to the regulation and control of the world economy, whether through primary commodity controls and wealth redistribution schemes to international business cartels.

The University of Tübingen’s Collaborative Research Center 923 – “Threatened Orders: Societies under Stress”(Germany) – provides funding for an intensive three-day event aimed at PhD students in business history or economic history working on any topic that overlaps with the theme of the school (for more details, see “Further Notes for Applicants” below). Students will, the pandemic permitting, be hosted in the historic town of Tübingen and will present, debate and discuss their works-in-progress with leading international scholars within a world-class university.

The school aims to provide doctoral students with an overview of relevant research and innovative tools and methodologies in the fields of business and economic history. It is the third event in this series organised jointly by the Seminar für Neuere Geschichte (University of Tübingen) and the Centre for Business History in Scotland (University of Glasgow).

CfP: "Networks of labour. International officers and social networks in the history of the International Labour Organization", Rome, 27-28 October 2022

The main objective of the conference is to study the history, individual and collective, of the officials and experts who collaborated within the ILO; we will focus on the social, political, and epistemic networks where their activity took place, and observe their paths, origins, socio-economic and educational backgrounds, debates, political loyalties, personal motivations, technical skills, and diverse trajectories.

The European Social Science History Conference is one of the largest congresses for the historical sciences in the world. It brings together scholars who explain historical phenomena using the methods of the social sciences. It welcomes participants working on a wide range of topics and any historical period.

On 12-15 April 2023 the 14th  European Social Science History Conference will take place in Gothenburg (Sweden) – https://esshc.socialhistory.org/. The ESSHC brings together scholars interested in explaining historical phenomena using the methods of the social sciences. The conference is characterized by a lively exchange in many small groups, rather than by formal plenary sessions. It is organized in a large number of networks that cover specific fields of interest. The conference language is English.

The Conference will be devoted to exploring the interaction (both positive and negative) between a company and its Past. The Conference program will encompass history, management, marketing, organisation, heritage conservation/management, and other related disciplines. Different disciplinary approaches and cross-contamination among various fields of study will be encouraged and not-conventional and provocative perspectives will be appreciated. 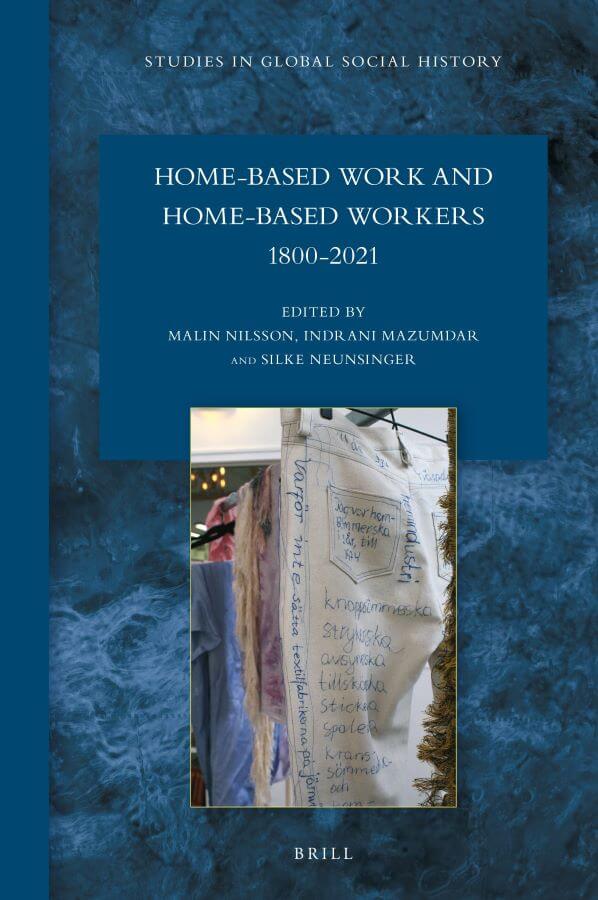 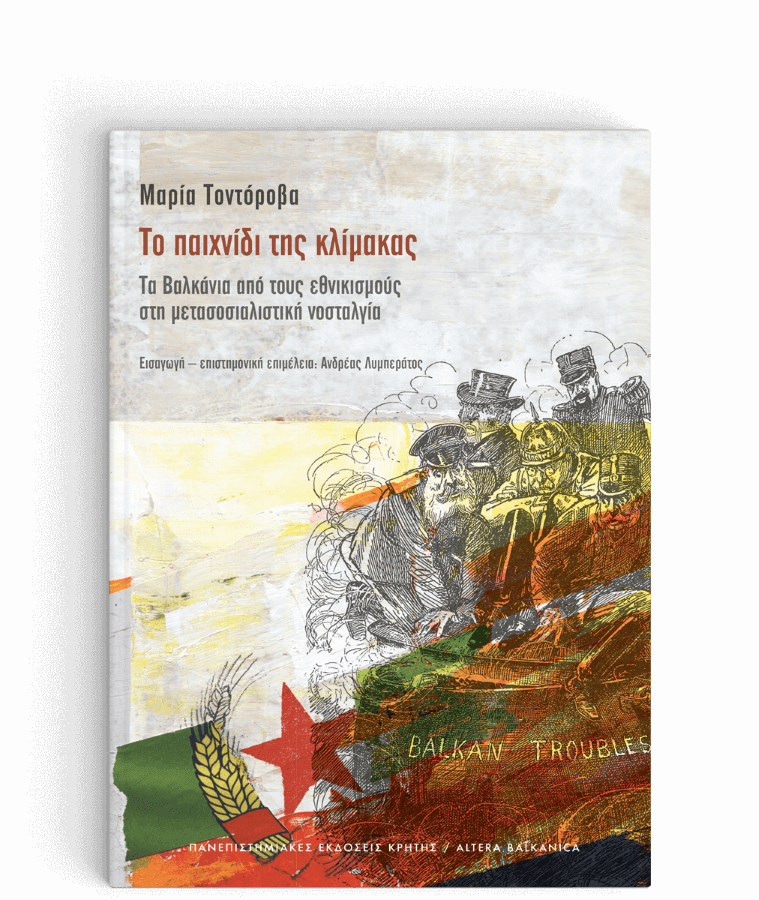 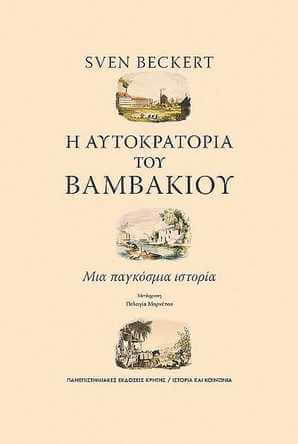