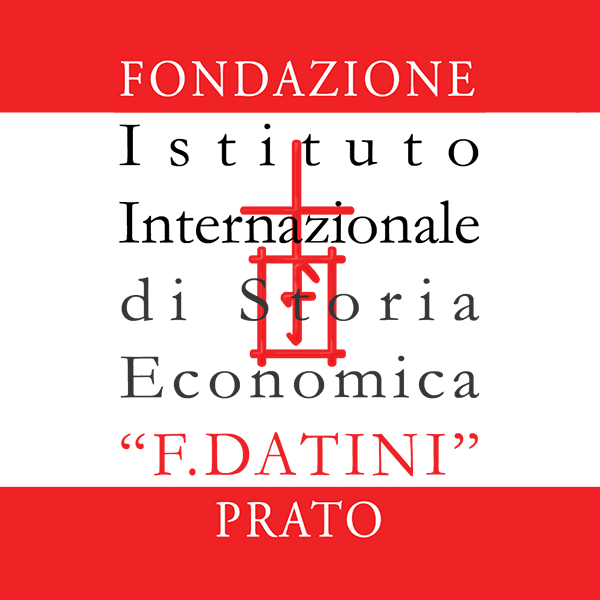 Call for research papers 2023 - LIV Study Weeks 2023 "Alternative currencies. Commodities and services as exchange currencies in the monetarized economies of the 13th to 18th centuries", 14-18 May 2023

According to Adam Smith, the division of labour intensified the scale of barter transactions and ultimately led to the growth of money (1776, Book 1, 81 ff). The transition   from barter to money (even commodity money) thus signaled the progression from a natural economic framework to a monetary economy. Yet the “paradigm of the savage devoted to bartering” and the primary use of barter have been strongly challenged by Karl Polanyi for whom “barter, payment in kind, and exchange constitute a principle of economic behavior that depends on the market model to be effective” (Polanyi 1944). Even Fernand Braudel pointed out the existence of barter “at the heart of monetary economies” (1967, 338). More recent scholarship by historians and anthropologists such as David Graeber (2011) has also worked to dismantle this “barter fable”, by acknowledging that practices represented by barter, payment in kind, and exchange were not necessarily “primitive” nor  strictly opposed to the use of money in buying and selling.

This Settimana will be devoted to the study of the importance and exact place of such alternative trade practices in the economies of the 13th to 18th centuries. If the expression “alternative currencies” has in the past generally referred to monies used as an alternative to national or prevailing multinational monetary systems, we wish here to concentrate attention on payments in kind or commodities and services employed as means of barter in the monetarized economies of the 13th to 18th centuries. Although monetary theory has focused mainly on credit, money of account, and real money in the form of coins or paper money, a striking feature of the circulation of money is that coins or paper money have not prevented payments in kind, partial or not. While this perspective on barter has been interpreted as evidence of the existence of a world of “scarce money” limited to the countryside and periods of money shortage, or as reflecting the desire of authorities to fix the value of goods, these arguments have been refuted by researchers like Laurence Fontaine (2008), Craig Muldrew (2001), and Jean-Michel Servet (1988; 1994).

Barter has long been considered as a practice adapted to the absence of cash. In this respect, the world of peasants is often seen as the location par excellence for this type of alternative exchange. It would be a mistake, however, to think the practice was limited to rural areas. If we look closely at payment details in many contracts, for example, we can see that bartering or payments in kind were also present in the city. Linking the use of barter only to the lack of money also overlooks the possibility that bartering may have been a choice, since there is no indication that it is always done by default (Humphrey and Hugh-Jones, 1992). The alternative modes of exchange on which the Settimana hopes to focus attention go beyond the simple palliative. In each case, we must question the reasons, meanings, and economic consequences in order to understand the specific characteristics of each instance of the use of alternative currencies.

These payments, partly or entirely in kind, are found in all economic activities, whether in production, markets, wages, or consumption.

Production. In contracts, it was not uncommon, for example, for reused raw materials to be included and given a value, whether the materials were the rubble of the previous building or the metal of an old bell that helped to pay for making a new one.

Wages. A part of many salaries could be given in food, lodging, clothing, and even tools. Some occupations were accustomed to this kind of remuneration, such as domestic servants who received clothes from their masters on top of food and lodging. In the textile and coal industries, production residues might be passed on to workers. Administrators were also be expected to pay with – and to receive - gifts, creating tensions between gifts and corruption.

Services. The aristocratic economy could fuel payments in alternative currencies because so many services were remunerated by gifts: for example, in the Grand Tour, aristocrats carried objects with them to pay for most services. In both rural and urban areas, rents could be paid in labor, transport, or by means of some maintenance work.

Exchanges. In the city as in the countryside, a lack of cash could preclude the use of money, but “reciprocal exchanges” (Lambrecht, 2003) could involve partial payments in money, materials, or products.

A better understanding of these practices will help craft a more nuanced economic history in which the essential role of money is balanced by a consideration of “quasi-currencies” (Lopez 1981).

Papers should consider one or more of these questions:

Did barter, payment in kind or in service, reciprocal exchange, etc... entail contemporary, complementary, or competing uses of alternative currencies?
Was the use of an alternative currency linked to a particular economic situation, such as an episode of growth, decline, or economic crisis?
What links did quasi-money have with money? Did these links change according to place, period, or economic conditions?

2.The diffusion of alternative currencies

If we consider the use of quasi-currencies as linked to more than the agricultural world, how can we appreciate their diffusion in the economy of the thirteenth and eighteenth centuries?
Were barter, payment in kind or in service, and reciprocal exchange more widely used in some production sectors than in others?
To what extent were quasi-currencies reserved or limited – generally or depending on the circumstances - to particular types of transactions, such as paying for certain wages, services, real estate, etc...?

3.The nature of alternative currencies

What were quasi-currencies? Beyond the broad categories under which we can classify them, did certain goods, services, debts or claims appear as privileged quasi-currencies?
What were the qualities required by a good or a service to become a quasi-currency?
Were there any differences and changes in the nature of quasi-currencies according to geographical area, types of transactions, times or periods of the year?

Expected results
The selected papers will be presented and discussed at Prato in the course of the Study Week 2023. After the discussion at the Settimana sessions, scholars should complete and revise their texts by 30 June 2023. All contributions received by the Institute will be subject to anonymous adjudication before publication.

Call for papers
Scholars are invited to send their proposal by compiling an abstract that will be reviewed by the Executive Committee.

The paper should represent an original contribution and be either generally comparative or a specific case-study that speaks to the larger questions set out here. Participants who are pursuing a PhD, should have completed it before the start of the conference.

Papers proposed by projects or collaborative groups that link scholars from different countries and institutions will be assessed with particular interest if they offer a comparative analysis in geographical or diachronic terms across two or more related research themes. We will also consider innovative session formats for these type of proposals.

The completed format must be received by 15 April 2022 to the following e-mail address: datini[at]istitutodatini.it

The Executive Committee will only take fully completed formats into consideration and will decide by 2022 whether they have been accepted, when authors of the selected proposals will be notified. Depending on the Institute’s financial resources, at least 25 scholars will be provided with hospitality at Prato for the Study Week. The Council may also invite up to 20 additional scholars to participate in the project without any right to hospitality or reimbursement.

The Fondazione Datini will award for the Prato conference up to 10 Travel Bursaries to cover travel costs for the conference to the maximum of 250 euros per grant for postdoctoral scholars who do not hold a full-time academic position. Applicants must send the travel bursaries form to the Fondazione Datini with their paper by 10 April 2023. The grant will be paid during the conference on the presentation of travel receipts.

All submitted contributions must be original and not previously published or translated from previous publications.

The provisional texts of the selected contributions or at least a detailed synthesis must reach the Fondazione Datini (Datini Foundation) by 10 April 2023. They will be made available (with protected access reserved for the participants of the project and members of the Scientific Committee) before the Study Week in order to allow a deeper discussion of their contents.
Authors who fail to send their provisional texts to the Fondazione that day, can not be included in the final programme. In absence of the author the synthesis will be read during the conference.

At the Settimana participants will offer a summary presentation of their contribution lasting 20 minutes.
Simultaneous translation from and to Italian and English will be available.

The definitive texts of the paper, revised by the authors following the discussion (maximum 60,000 characters) must be sent to the Institute by 30 June 2023.
They will be subject to anonymous adjudication. Texts that pass the assessment stage will be published in a special volume within a year.

For the purpose of publication, texts will be accepted in Italian, French, English, Spanish and German.
Authors who are not writing in their native language are advised to have the language of their text vetted and corrected before submitting their paper for  the assessment stage since one of the requirements  for publication is that the grammar and writing style meet high academic standards. 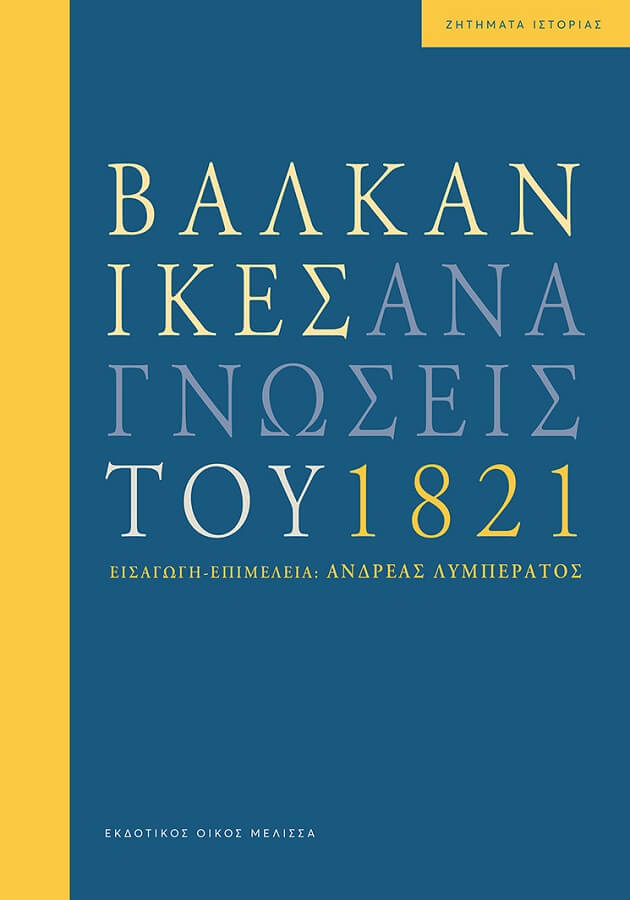 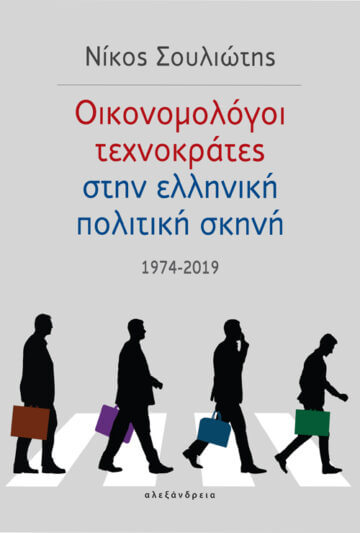 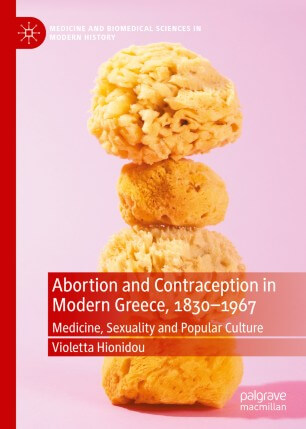